The spoiler chest for the Path of Devastation: Riven Bonds league has been opened and it contains... 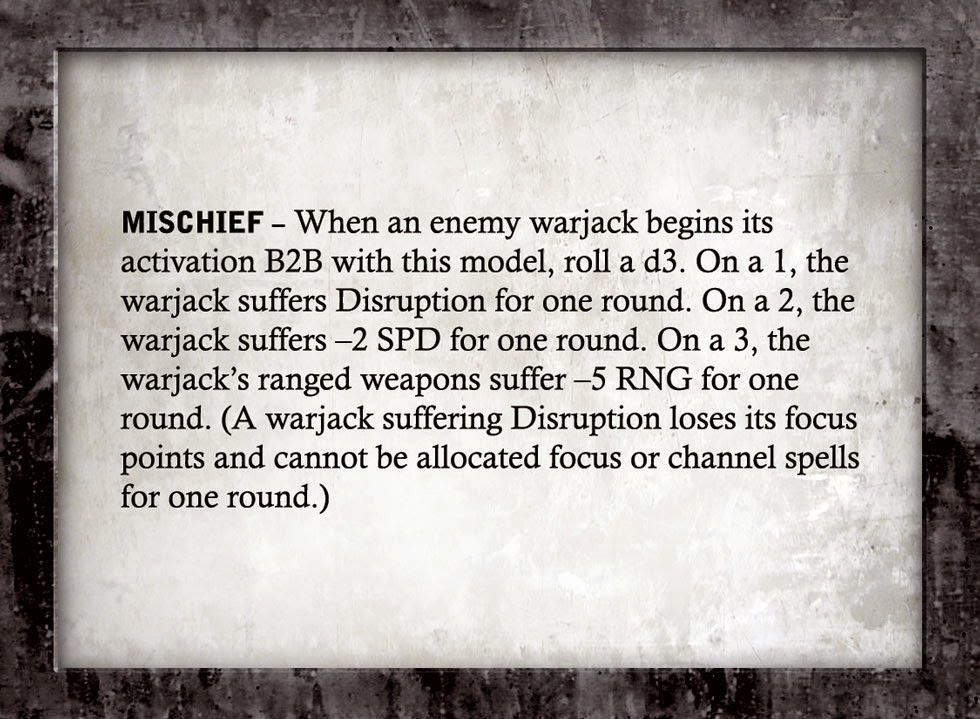 ...some sort of shenanigans. One would presume that these are rules for the gremlins shown in the sizzle reel at the end of the PP SmogCon Hordes presentation, though I haven't seen confirmation (just making it "very likely").

The one thing I really like about this rule is how it appears to herald the return of creative, interesting rules from PP's dev team, instead of the slight variations/combinations of existing rules design approach of early Mk. 2. If all the new models are going to have rules like this, I welcome them with open arms (while probably also cursing them under my breath).

Apparently this is just the first of several/many spoilers that will be revealed as more games get reported, so keep an eye out for more of those spoilers as they are revealed!
Posted by Moondog at 11:01 AM